Stay up-to-date on construction information. Signed up already? We’ve got you covered.

A safer route for you.

SDDOT and the City of Sioux Falls are constructing a new diverging diamond interchange as the safest option for the most heavily traveled street in Sioux Falls and the state of South Dakota.

The diverging diamond was chosen because of the safety features, greater capacity and efficiency that it provides for the traveling public, it reduces the conflict of left-hand turn movements and meets the needs of all road users to accommodate large trucks, pedestrians and bicyclists.

What is a diverging diamond interchange (DDI)? 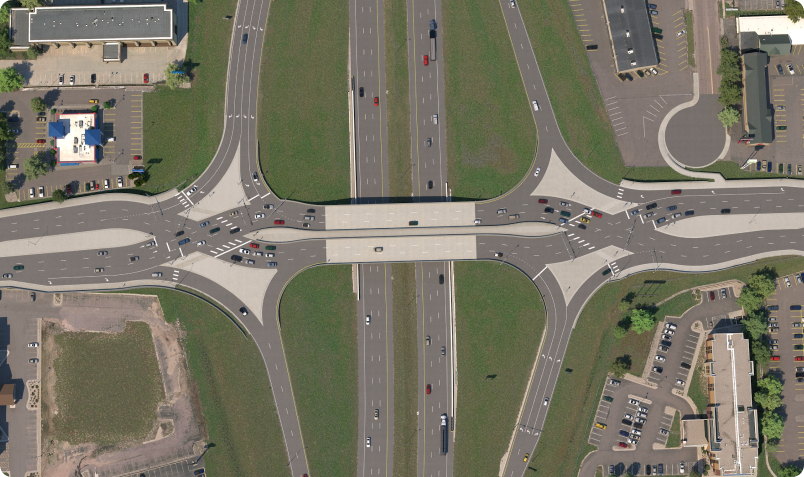 The DDI resembles a conventional diamond interchange. Drivers make right turns at a DDI just as they would at a regular diamond interchange. Drivers who want to turn left cross over to the left side of the road then make their left turn. Because traffic is on the left side of the road between the crossover points, all left turns occur without having to cross opposing traffic.

This animated video shows an overview of the 41st and I-29 project as well as how drivers will flow through the interchange from all directions of traffic. 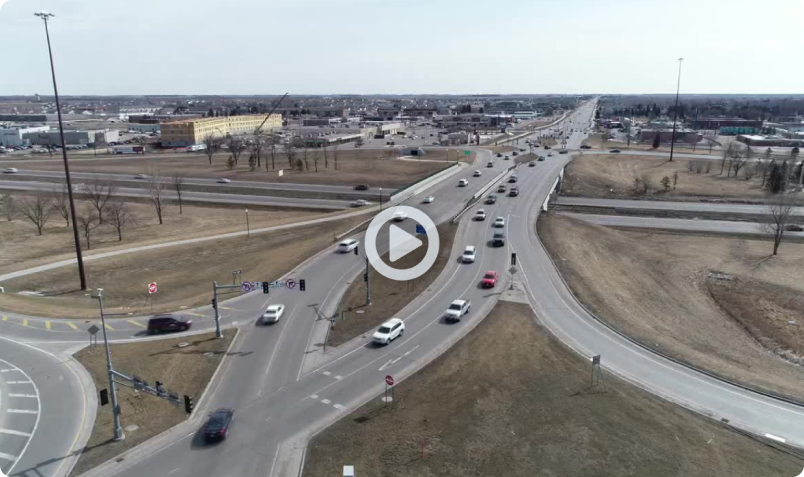 Watch how a DDI works in real life.

Click or tap on the dots to see more detail about a particular area.

Construction progresses on the south side of 41st Street west of I-29.

Construction progresses on the north side of 41st Street west of I-29.

Construction progresses on the new interchange.

Construction has not started on the south side of 41st Street east of I-29.

Construction has not started on the north side of 41st Street east of I-29.

We're making this as smooth as possible.